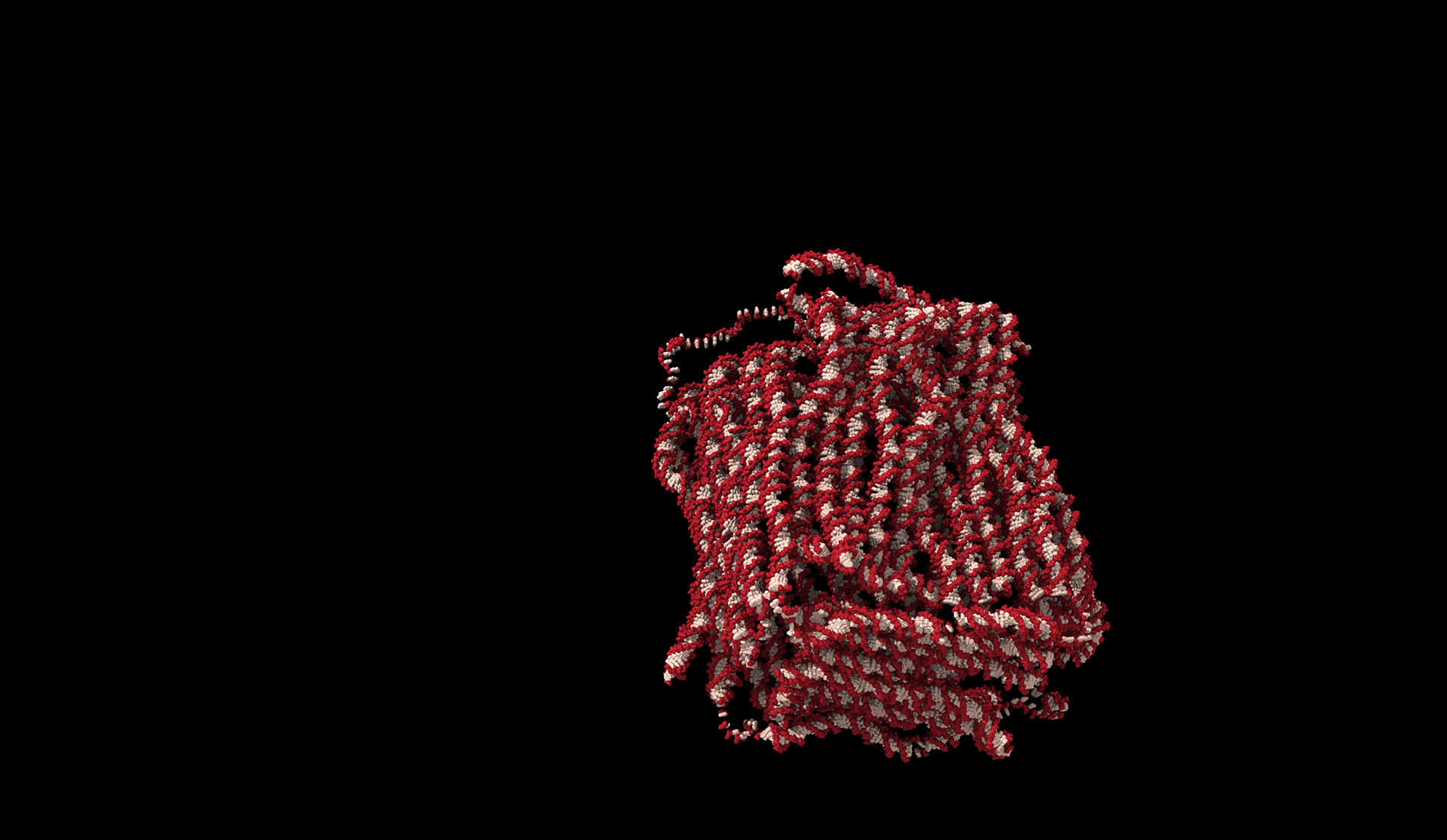 Pandora’s Box is a DNA nanosculpture that uses the Greek fable to provoke discussion on the bioethical and biopolitical problems inherent in human embryo genetic engineering.

In 2018 the first CRISPR-modified human embryos were brought to term, twins named Lulu and Nana. Scientists tried to use CRISPR to introduce a mutation into the twins’ genomes which confers HIV-immunity as well as, potentially, increased intelligence. However, the CRISPR system they used lacked precision: post-birth analysis of the twin’s genomes showed multiple edits, none of which were what the scientists had intended. The scientists summoned the Pandora’s box of human genetic engineering but failed to open it. Unable to return to the realm of hypotheticals, the box remains in our world, latched shut. Since their attempt, several CRISPR systems have been engineered to solve the poor precision in vivo. The ever-marching machine of science draws the opening of Pandora’s box closer. Once it is, what bioethical demons will be released?

Following this narrative, I have folded the DNA sequence of the gene which scientists tried to edit in Lulu and Nana into a latched DNA box (40nm x 40nm). This was achieved using a technique called DNA origami, where any sequence of DNA can be folded into arbitrary nanoscale shapes. The specific site on the gene that they tried to edit is located on the latch which holds the box closed. Once CRISPR is precise enough to edit the site in human embryos, the latch can be cleaved, and Pandora’s Box will open.
We must ask ourselves key bioethical questions before the box is opened. For instance, who dictates the biopolitics of what genes are edited? What will happen to neurodiverse genetic disorders, such as ADHD, who have difficulties existing in worlds designed for the neurotypical? Will the utilitarian ethos of scientists allow for the genetic eradication of neurodiversity?
↑Back to Top